Frank Lampard’s status as Chelsea’s all-time record goalscorer counted for little as he was unceremoniously sacked as the Blues’ boss on Monday after just 18 months in charge.

AFP Sports looks at the highs and lows of the former England midfielder’s playing and coaching career.

Although signed prior to Russian billionaire Roman Abramovich’s takeover in 2003, Lampard was a pivotal figure of the side that transformed Chelsea into serial contenders for major trophies.

He was the match winner on the day a 50-year wait to win a league title ended as he scored twice in a 2-0 win at Bolton in April of 2005.

Over seven years on, Lampard scored a penalty in the shootout as Chelsea’s stunned Bayern Munich on home soil to win the club’s first ever Champions League.

Lampard’s ability to get goals from midfield during his illustrious 13-year career at Stamford Bridge saw him depart as the club’s all-time record goalscorer in 2013.

In total he struck 211 times in 648 games, breaking Bobby Tambling’s record that had stood for over 40 years.

His 177 Premier League goals is also a record for a midfielder, putting him above the likes of Thierry Henry, Harry Kane and Michael Owen as the fifth highest scorer since the English top-flight was rebranded in 1992.

Lampard returned to the Bridge after just one year in management at Derby County.

Hampered by a transfer ban and the loss of Eden Hazard to Real Madrid, expectations for his first season in charge were low.

But he hit his target to keep the club in the Champions League thanks to a fourth-placed finish.

Unlike many of the managers that went before him, Lampard gave the club’s talented academy prospects the chance to shine as Mason Mount, Tammy Abraham and Billy Gilmour impressed in also reaching the FA Cup final, where they lost to Arsenal.

Despite that positive first season, Lampard was dismissed six months into his second campaign after failing to meet much greater expectations following a £220 million ($300 million) spending spree in the transfer market.

A run of five defeats in eight league games saw the Blues slip to ninth in the table and facing a battle just to make the top four, much less fight for the title.

Unlike other managers to have been dismissed, Abramovich spoke of his “excellent personal relationship” with Lampard.

However, that connection and his legendary status among the fanbase was still not enough for the Chelsea hierarchy to ignore the deterioration in results and performances.

Lampard did enough in his one season at Derby to convince Chelsea he was ready for a top Premier League job, despite failing to get the Rams back into the top-flight.

An eventful season at Pride Park had its high point when Derby gained revenge on Leeds in a thrilling playoff semi-final. After Marcelo Bielsa sent a member of his staff to spy on Derby’s training ground earlier in the year, Lampard’s men won 4-2 at Elland Road to get to Wembley for the richest game in football.

But a 2-1 defeat to Aston Villa is still having repercussions for the club now. While Villa are flying high in the top half of the Premier League, Derby are now struggling to pay their players wages as they battle relegation at the bottom of the Championship.

Lampard was part of England’s “Golden Generation” of immensely talented players, also including Wayne Rooney, and Steven Gerrard, that never gelled to excel at a major tournament.

As energetic, goalscoring midfielders, Lampard and Gerrard inspired Chelsea and Liverpool to conquer Europe with their clubs. But their incompatibility as a partnership was often pinpointed as a root cause for England’s underachievement.

Not only did the blend did not function at international level, much of the rest of the team had to be restructured to fit around them.

Paul Scholes retired from international football at just 29 after being shunted into wide positions at Euro 2004 to make way for Lampard and Gerrard.

Lampard is one of only nine players to win 100 or more England caps, but quarter-final runs at Euro 2004 and the World Cup in 2006 were the closest he came to international honours. 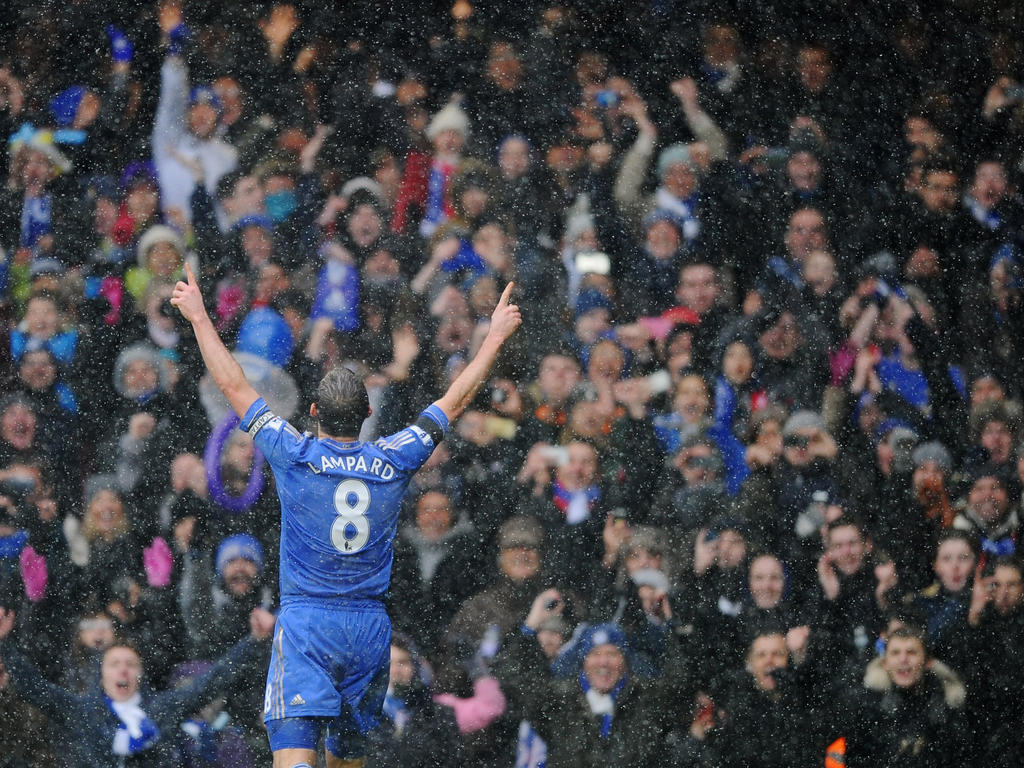