Pep Guardiola believes Jack Grealish can match the goalscoring feats of Raheem Sterling at Manchester City if he works on developing the same instinct to get into the box.

Grealish scored his first goal for the English champions since his Premier League record £100 million move from Aston Villa in a 5-0 thrashing of Norwich on Saturday.

Sterling came off the bench to also get his first goal of the season and Guardiola believes Grealish can learn from his club and international teammate, whose game has been transformed under the Catalan coach.

“If he gets the mentality to score goals like Raheem, he can score more,” said Guardiola.

“When Raheem was here when I first arrived he didn’t have goals in his mind and we immediately changed his arrival.

“Today he scored because he arrives in the centre, he’s a machine there. He changed his mind and decided he was going to score.

“Jack has this mentality to score goals and win games as well, but if he has the Raheem mentality then he can do it too.”

Aymeric Laporte and Riyad Mahrez were also on the scoresheet as City made light of playing without a recognised centre-forward.

Grealish’s record as the most expensive English player in history could last a matter of weeks if Tottenham finally accept City’s advances for Harry Kane before the end of the month.

However, Gabriel Jesus took his chance to shine with a man-of-the-match performance in an unfamiliar role on the right side of the City attack.

The Brazilian set up three goals and earned fulsome praise from Guardiola.

“One of the reasons why I’m a manager is when you can work with people and humans like Gabriel,” added the City boss

“He’s happy on left, right or centre and today the connection with Kyle (Walker) was exceptional.

“He was involved in three of our goals and is an incredibly important player for us. He made an exceptional performance today.” 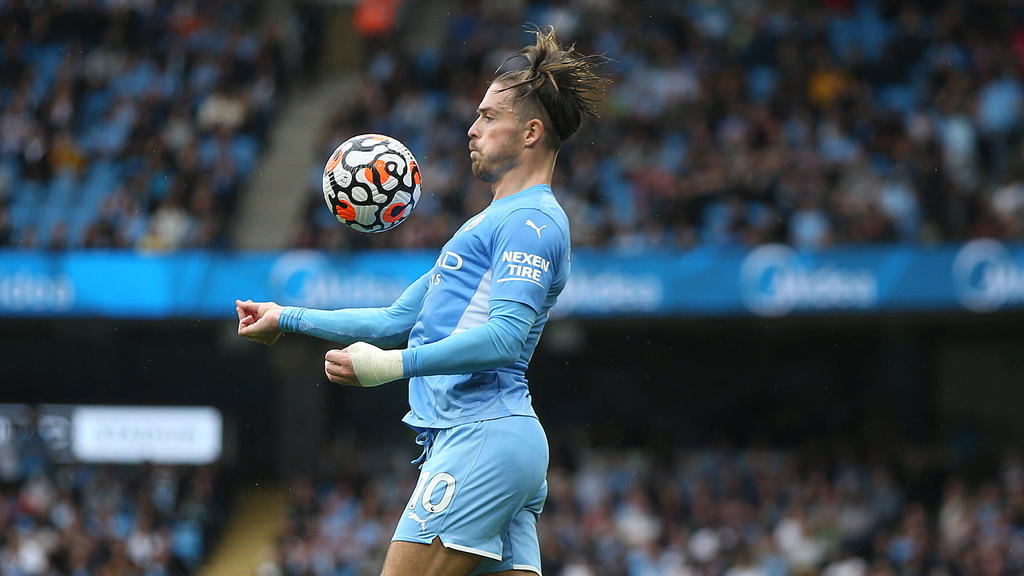