Borussia Dortmund advisor Matthias Sammer has spoken openly about the possibility of Erling Haaland moving to Manchester City amid reports Wednesday that a clause in the striker’s contract would have to be actioned before April 30.

Haaland is contracted to Dortmund until 2024, but German daily Bild claimed Wednesday that Haaland could leave for 75 million euros ($82 million) at the end of this season if the Norwegian triggers the release clause.

Sammer, a former player and coach at Dortmund, plays a key role in the club’s hierarchy.

Speaking as a TV pundit for Amazon Prime on Tuesday, he said Haaland would thrive under City’s Spanish coach Pep Guardiola.

“They will both benefit from each other, because Pep of course has certain ideas, which I was allowed to experience for three years,” said Sammer, who has advised Dortmund since 2018.

Sammer was sports director at Bayern Munich when Guardiola was head coach from 2013-16.

“I had whiplash when I saw the figures, I can’t even count that far,” Sammer said.

Haaland, 21, has attracted the interest of Europe’s top clubs with his goalscoring feats.

He is the youngest player to reach the milestone of 20 Champions League goals.

City have reportedly approached his agent Mino Raiola with the best offer of all clubs interested.

Since joining from Red Bull Salzburg, Haaland has scored exactly 80 goals in 80 matches for Dortmund.

He has netted 16 goals in 15 league games this season, but has been hampered by injuries.

His influence is clear — when he was sidelined with a hip problem last November, Dortmund failed to qualify for the last 16 of the Champions League.

They also exited the Europa League last month when he was again out with a leg injury.

Haaland is expected to be named on the bench for Wednesday’s league game at Mainz having made his return last Saturday after missing several weeks with injury. 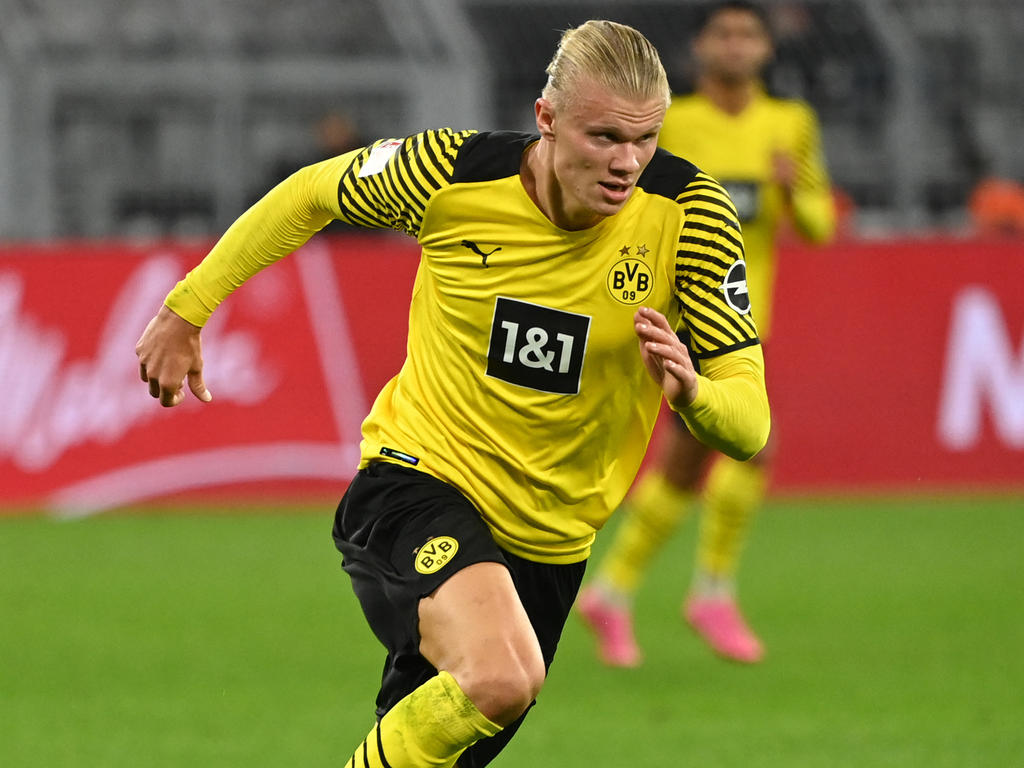